Testimonials: What Do Citizens and Leaders in the Public and Private Sector Say about Jeff Bergosh's Past Performance? 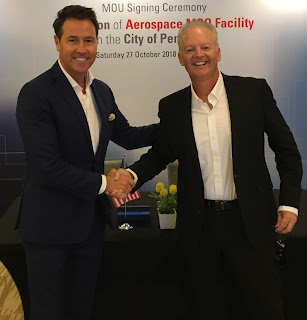 "Jeff Bergosh is a leader with fortitude and he is not afraid to tell the truth--even when it is not popular.  He understands governance, infrastructure, and leadership.  He also knows growth and economic development and how important these things are to a thriving economy.  He represents his constituents with distinction- and he greatly assisted in the team effort to bring millions of dollars to Pensacola and Escambia County for high-tech jobs at the Pensacola Airport.  His assistance was vital and our community is better for it.  Jeff is the right man to represent District 1 on the Escambia Board of County Commissioners"
Mayor Ashton J. Hayward (Pensacola Mayor 2011-2019)

"Jeff Bergosh has proven himself to be an involved, hard-working board member who asks tough questions and isn't afraid to go against the prevailing winds. He said that "I don't feel entitled to the seat, I have to earn it," and that's how he has gone about the job.  He's been a fiscal conservative from the start." 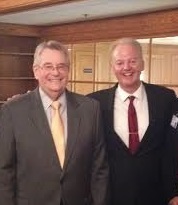 “I want to personally thank Jeff Bergosh for keeping me appraised on the impact our legislation has on the local districts from the perspective of the conservative board members on the bottom of 4-1 and 3-2 votes, like I was when I was a school board member… Jeff worked very hard over the last several sessions and represented his area with distinction as he and the Florida Coalition of School Board Members helped us pass some very important legislation in the 2016 term” 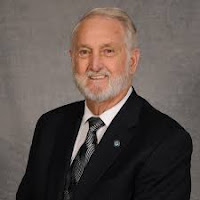 “Working with Mr. Bergosh over the last four years, I’ve come to appreciate the way he represents his district and our entire school system. I support Jeff Bergosh in this election for School Board, District 1. I look forward to having him on our leadership team as we continue the work to make Escambia County Schools the best they can be.” 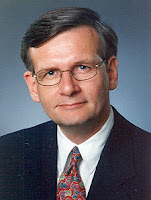 “I truly believe Jeff Bergosh is the right candidate to serve as the School Board Member for District 1. His expertise and ideas with regards to facilities management helps our district as we look toward providing the facilities necessary to keep up with the continuing growth in southwest Escambia County. As a fellow resident of district 1, I support Jeff Bergosh for School Board in this election.”

“As a former Superintendent of Schools in Escambia County, I would have been proud to have someone the caliber of Jeff Bergosh serving alongside me as the School Board Member for District 1. I believe Jeff will do an excellent job representing the interests of District 1, as well as ensuring we provide a world class education for our students.”

“Jeff Bergosh is a fair, honest, and reasonable man who is committed to public education and our children. I think he will do a great job representing District 1 on the School Board. As a former Board member and fellow resident of District 1, Jeff has my vote and support in this election.”


“Mr. Jeff Bergosh is committed to supporting opportunities that benefit students regardless of the challenges that may be presented. He is determined to find a way to do what is right for students. His support for a band program at WFHS has been unwavering. Through his efforts, band classes will be offered at West Florida High School beginning August 2010.”

“Jeff Bergosh is my choice for Escambia County School Board, district 1. As a teacher who resides and works in district 1, I appreciate the way Jeff Bergosh represents his constituents. He works hard to make the schools the best they can be for the students and the employees, and he is active in our schools. He has my full support in this election” 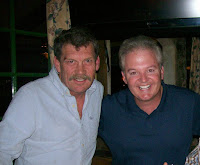 "I strongly support Jeff Bergosh for the Escambia County School Board, District 1. I've known Jeff for 19 years, including a 6 year stretch where we worked together at the same job site. Jeff has a tremendous work ethic, he is intelligent, honest, compassionate, and he cares deeply for kids. He is passionate about his work; he prepares for, learns, and eventually excels at any task put before him. Jeff is fiscally conservative, he has great business savvy, and he has empathy for hard working taxpayers. I hope you'll join me and support Jeff in this election, I’m convinced he is the right man for this job." 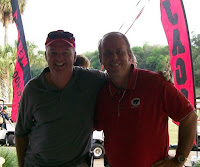 “Jeff Bergosh is not afraid to tell you what he thinks, you will know where he stands on the issues—he is honest and he works hard for the kids in our schools. I strongly support Jeff Bergosh for school Board, district 1. We need more people like Jeff in public office, because he is a guy who gets things done”

Jeff Bergosh
I am the District 1 Commissioner on the Escambia Board of County Commissioners. I was elected to the Commission as the District 1 Member on November 8, 2016. If the Good Lord wills it-- I will serve in this capacity until November of 2020. Prior to this, I was the school board member for the same district, elected in November of 2006, subsequently re-elected in 2010 and elected unopposed in 2014. I am also the full-time Facilities Management Annex Manager locally for a Huntsville, Alabama- based woman-owned defense contractor. I am a 1986 Graduate of Pensacola High School; I have a BA from San Diego State University and I hold a Master of Science in Public Administration degree from the University of West Florida. My wife Sally and I have three children, Tori, Nick, and Brandon. I have a passion for and a vested interest in our neighborhoods as a long-term resident of Beulah in Escambia's District 1. Call me on my cell phone, any time, for community-related concerns for which I can be of assistance at 850-293-1459

Make a Secure, Online Contribution to the Campaign Today! 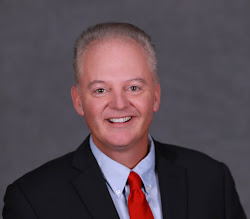 My Continuing Focus As Your District 1 County Commissioner

--Correcting, renovating and modernizing our traffic, storm water, and sidewalk/pedestrian infrastructure.
--Working collaboratively to support public safety and to continue the work to modernize and improve our Fire Service.

--Keeping the focus on managing our rapid growth intelligently.
--Growing our economy and diversifying our jobs base

--Maintaining fiscal responsibility by not raising year over year tax rates and living within our means as a county--just as families do!
--Working to make our quality of life here in Escambia County second to none!

--Continuous Overall Improvement of the Quality of Life in Escambia County continues to be my paramount priority.

I can be reached on my Cell Phone Anytime, at

or via email, at

jeffbergosh@gmail.com
Political Advertisement Paid For and Approved by Jeff Bergosh, Republican, for Escambia Board of County Commissioners, District 1.